When your daughter–who just yesterday, it seems, was a little kid–walks out the door to make her mark on the world, it’s often a heart-wrenching experience. However, it doesn’t have to be. It can be heartwarming, too. A new short film titled “The Letter” re-envisions that moment as one of hope, inspiration, and love. 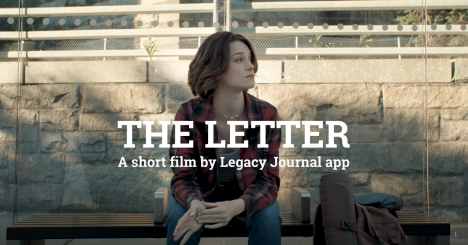 “The Letter” is a story about reclaiming our influential power as parents at this pivotal moment of departure. It follows a young girl boarding a bus into her unknown future, armed only with a letter written to her by her dad. The letter, narrated in the film by the voices of fathers from all walks of life around the world, communicates foundational wisdom and advice, which will prepare young adults to go boldly into the world ahead. The message is simple: It is your life and you get to define who you are; the often damaging impacts of social media and other outside influences do not determine your worth.

This is the story of how and why The Letter came into existence and how it can help fathers and daughters connect and stay ever-present in each other’s lives.

“The Letter” started with one dad and a journal

Ken Wimberly is a Fort Worth, Texas, father of three. He began journaling to his first child, Grace, when she was just 10 months old. Having grown up in a fractured family, Ken wanted to be as present and engaged as possible with each of his three children as he juggled the everyday challenges of work and life. The journal was a way to preserve special moments, capture accomplishments, offer life lessons, and share words of wisdom as the days quickly slipped by.

It started on paper, then migrated to Microsoft Word, then to note-taking apps, but he never found a quick and easy solution to capturing and sharing his memories. Eventually, encouraged by other parents who shared similar fears about forgetting their children’s most important and wonderful moments, Ken decided to solve the problem himself, and he developed The Legacy Journal mobile app. Ken’s own Legacy Journal became a compelling record of the life and love he and Grace had shared so far, and it gave him great comfort to know that, if anything ever happened to him, his Journal would always be there to help guide her.

Today, the Legacy Journal App helps thousands of parents and grandparents to chronicle their love for their children and grandchildren. However, amongst the thousands, there was one in particular who triggered the chain of events that eventually gave rise to “The Letter” film…

One day, Ken received an email from a Legacy Journal user, and it shook him to his core. She was a 36 year-old mother of three, who only had a few days left to live. She told Ken she was grateful to have found the Legacy Journal App, as it was a way to let her girls know she would always be with them. Ken’s heart sank, and he replied immediately, hoping to set up a GoFundMe account for her. But it was too late. She never responded.

Nevertheless, as this was unfolding, Ken came across “Only in Toledo,” a film by Dan Lior about a man who mowed lawns for a living but had to cart around his lawnmower on the back of a bicycle because he did not have the money to fix his car. The video was so heartfelt and compelling that, when Dan linked it to a GoFundMe campaign, he doubled his fundraising goal, helping DeShawn Willis get back on his feet.

Inspired by that one lost mother and Dan’s selfless work, Ken reached out to Dan and told him about the mother who had emailed him, and his desire to honor her legacy with a film that would extend the spirit of the Legacy Journal App and its mission to help parents become more present and connected in their children’s lives. Dan was inspired and together they got down to work.

For all daughters wherever they may go

As they began work on the film, Ken was collecting 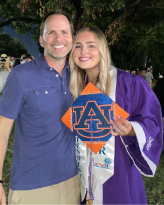 advice from his inner circle of dads to create Grace’s

last journal entry before she left for college. “When

Grace graduated from high school, I wanted to share

advice to guide her journey into adulthood. I reached

out to dozens of other dads in my network asking for

their input and guidance,” Ken explained. “It grew into

something magical as parents from around the globe

began to contribute ideas.” As a film, ‘The Letter’

condenses all that wisdom into a story of love and

hope that I am confident will help parents to feel more

connected and present with their children as they leave

Crowdsourced advice from dads from all walks of life

“In all my years of work, I have never been so emotionally

invested in a project as I was with this one,” said Dan Lior.

“Ken’s enthusiasm was rare, genuine, and infectious. My own

daughter, Indiana, was born while we were working on the film,

so everything about the work just became more meaningful and

to impart to her as she grew up. When Ken explained to Dan

how and why he had created the Legacy Journal App, Dan understood intuitively as a father what Ken was hoping to accomplish, and it further inspired him to tell this story on film.

“Growing up, I was not given any tools or advice by my parents, so I wanted my daughter’s experience to be different. This idea of bringing voices from fathers from all walks of life, from all around the world, and sharing wisdom with their children felt like it could be something special,” Dan continued. 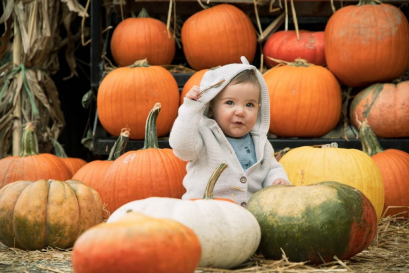 With that inspiration, “The Letter” was born, and Dan and Ken spent the next eight months working to bring it to viewers.

You can’t take the tears out of your child’s departure from home, but “The Letter” shows how intentionally passing on wisdom to our kids can take some of the anxiety out of it for us, and some of the self-doubt out of it for our kids.

“What we’ve created with this film I believe will have a meaningful and lasting impact for fathers and their daughters,” said Ken. “My hope is that families will share “The Letter” with others and the film’s message will spread. If it helps just one daughter feel less

alone, or one father feel less worried that his

to learn more about “The Letter” and to see

a video of Ken Wimberly gifting his

18-years worth of the stories of her life.

What other people are saying about “The Letter”

“Today’s world seems untrusting of others and of self, is hostile, angry, unkind, judged, and lacking peace. To me, this video reminds the spectator of the ways to live a good life, be happy and be yourself. Take time and enjoy this life we have and make the most of it.”

“Watch this great clip showcasing an app that will let us leave a beautiful timeline of how awesome our adult kids are going to be because they matter.”

“It is not easy to be a father and be there all the time for your children, be the best you, an example, an inspiration, a hero, and a savior. It is much harder to not be there as a father or letting go. We only have a limited time to equip our children with the tools they are going to use to forge their own lives, the glasses through which they will see the world.”

“This is the kind of father I wish to be for my children. Not just the message, but to actually be that person for them.”

“An amazing way to offer your children the gift of wisdom and your love as they go out into the world. This is a great “send-off” piece into the real world.” 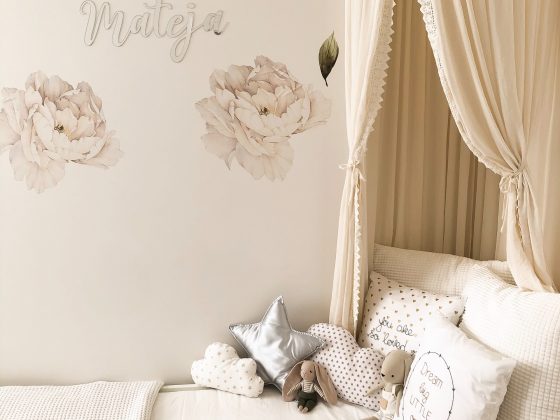 Update Your Little Girls Rooms With These Cute Floral Wallpapers 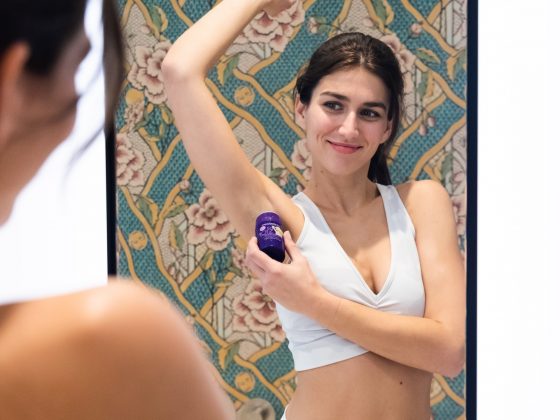 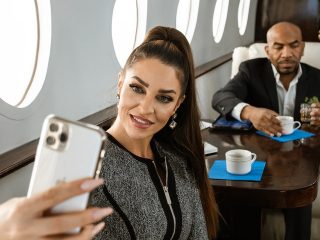 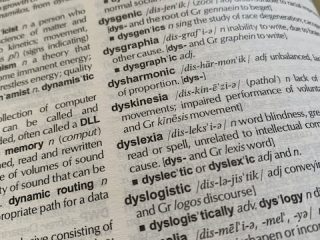 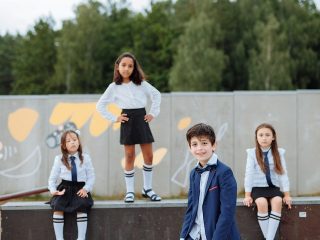 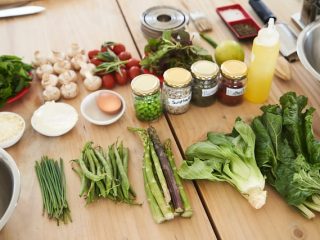 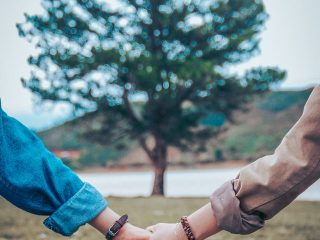 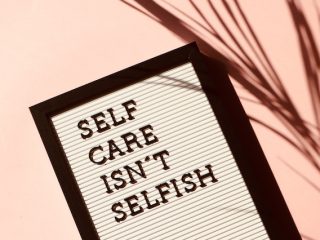 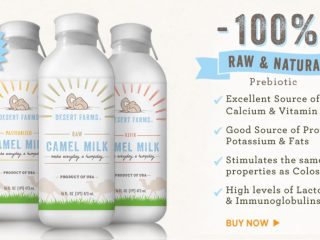 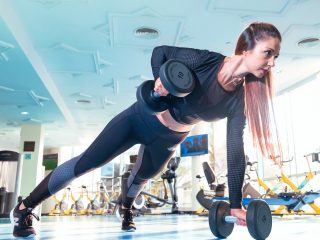